New Year’s is a big holiday in Japan. People sometimes wear traditional robes and go to the shrines to pray for a year of good luck. At the shrines, people usually get a paper fortune, or omikuji (おみくじ). These fortunes tell the person if they will have good or bad luck during the year along with some warnings or predictions.

For your club meeting, you can have members pull their own paper fortune. You can download the PDF or Word document. Each fortune is different.

What happens if you pull a fortune that has bad luck? You fold it and tie it to a tree branch. This will ensure that the bad luck won’t come near you.

School festivals are central to all manga and anime centering around Japanese schools as well as Japanese society.

Everyone participates in the school festivals, even the foreign English teachers like myself. Last year, I was faced with the school festival, and though I wanted to do something as typical as a cafe, rules kept the maid outfits at bay. “There are only two places where food can be made, and they’ve already been claimed,” a teacher told me with a sympathetic smile. “You’ll have to come up with some other idea for the English Club.”

For those of you in the same situation or you want to do a fundraiser, here’s a list of ideas you can do with a small club (3 to 5 members) or more.

1. Cake Walk (Musical Chairs + Raffle): Use Daiso vinyl tape and make footprints or circles on the floor into one big circle. Put numbers in each circle. Participants will stand on the circles, and when the music starts, they will walk to each circle. When the music stops, a number will be called. The participant on the called number will win a cake or a prize. For more info: http://en.wikipedia.org/wiki/Cakewalk_(carnival_game) . (A similar game in Japan is called Fruits Basket.)

2. Costume Booth ( Japanese traditional wear or costume + Photography): Get a lot of costumes and props. Designate someone who will print pictures and put them in cellophane holders. Participants will pick what costumes they want and the theme of their photograph.

3. Skit: Pick a Japanese-origin plays or skit such as Momotarou (“Peach Boy”), Tsuru no on-gaeshi (“The Crane Wife”), Issun-boushi (“The One-Inch Boy”), or Kobutori jiisan (“The Old Man with a Lump”). Adjust the script, pick the actors, and perform the skit on stage.

4. Names in Japanese: For more artistic people, participants will get their names written in pretty cursive. If you’re into graffiti, do names in graffiti.

5. Dance: Do a traditional dance from  a Japanese prefecture such as eisa (Okinawa) or the Lantern Dance (Kanagawa).

6. Eastern bazaar: Get lots of new knickknacks (stickers, posters, bilingual books, toys, stuffed animals, bracelets, snacks, etc.). Set up a booth or room with the items all tagged with prices. Get a register or cash box and put someone responsible for it.

7. English wanage (Ring Toss): Make rings and stands out of cardboard and tape. (I would use Daiso colored tape to make the rings and stands more interesting, seeing that cardboard is pretty ugly.) Use vinyl tape as a distance marker. Give participants the rings and prizes after they’ve gotten the rings on the stands successfully. For a Japanese-involved ring toss, put pictures on the stands. Show the participants a Japanese word. They will throw the ring onto the matching picture of the Japanese word.

8. Basket Toss: Make balls out of tape and set up cardboard boxes. For a Japanese-involved basket toss, put pictures on the boxes. Tell the participant a Japanese word, and they will throw the ball into the matching picture. You can also do this with teachers’ pictures and tell the participants a teacher’s profile (where they’re from, the subject they teach, the homeroom they’re in charge of).

9. Anime Cafe: Pick any theme for your cafe. Get refreshments (cupcakes, brownies, muffins, breads), drinks, utensils, table clothes, napkins, and props that fit the theme. Set up nice tables and have the club members be waiters (make shifts!). Customers will come and order food and drinks from a Japanese menu. The waiters will take the orders in Japanese as best as they can. For the non-food option, still set up the cafe the same way but make a separate table with different candies, knickknacks, and lots of gift wrapping materials (ribbons, wrapping paper, tape, scissors, cellophane bags, hole punches, and stickers). Customers will look at a menu of themes and make a gift for their friends, parents, or lovers. The waiters will only clean up after the customers and offer suggestions to them.

10. Movie: Make a movie with the club before the school festival (summer vacation is the best time to do this if your festival is later on in the year). Sit down with the club, write the script, schedule times to film, practice all the scenes, film, edit, and add Japanese subtitles.

11. Japanese Scavenger Hunt: Give attendees a scavenger hunt paper with tasks such as “Find three married teachers” (３人の結婚したの教師を探してください). If they complete the task, they get a stamp on their paper. They can show their stamps at one location (if you have no room, use a kiosk or table-top cart) and get prizes. If you’re looking for examples of this kind of activity, it has been done at the Japan International Cooperation Agency (JICA) in Okinawa for their annual festivals (おきなわ国際協力・交流フェスティバル[English][Japanese] ).

If you’re having trouble coming up with school festival ideas for your anime club, just think of a fundraiser or carnival event and try that. 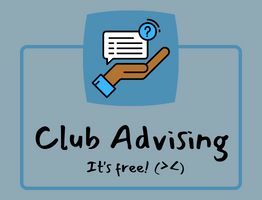